The kids and I are about half way through watching The Sound of Music. They’ve never seen it before and seem to find it by turns charming and excruciating. It’s insufficient to say that I’m familiar with the film; every detail—the high-necked tweed jacket Maria wears when she leaves the convent; the resolute tone in which Captain Von Trapp says “no” when Liesl asks if she can taste her first champagne during “So Long, Farewell”; Gretel’s hurt finger—feels deeply woven into the fiber of my being. My chest feels tight with joy and pathos in every scene; it’s not just the sentimental nature of the story but also that every scene transports me back to watching the film on television in our home in London with my Mum and Dad and brother when I was a child. Christopher Plummer as Captain Von Trapp was truly my first love and established forever the following template: grim destroyer of Nazi-flags + suave dancer = swoon.

But it’s also interesting what aspects strike me watching it now that didn’t before. Previously, I identified most strongly with Maria’s love for the children (I too was a nanny!) or with her attraction to the Captain.

It’s when she eyes those heavy green-and-white drapes and thinks: Austrian-style play-clothes—just like I looked at those old napkins and thought, “pandemic paisley mask-material.” 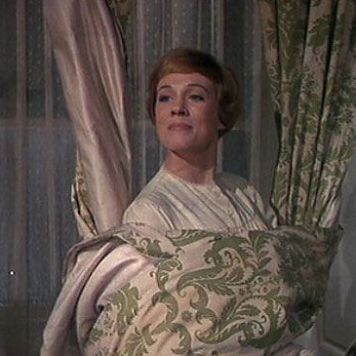 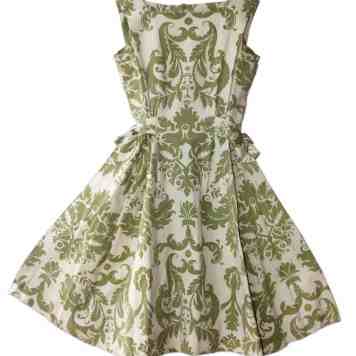 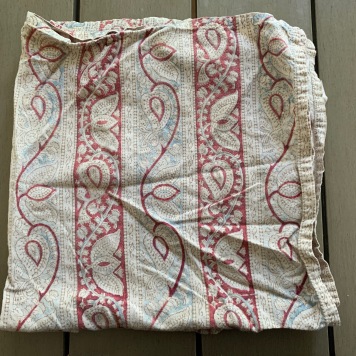 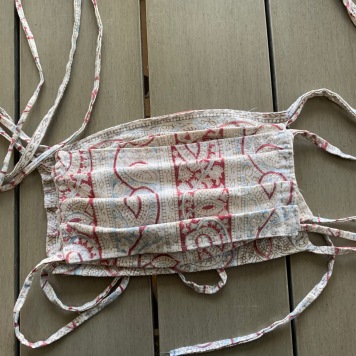